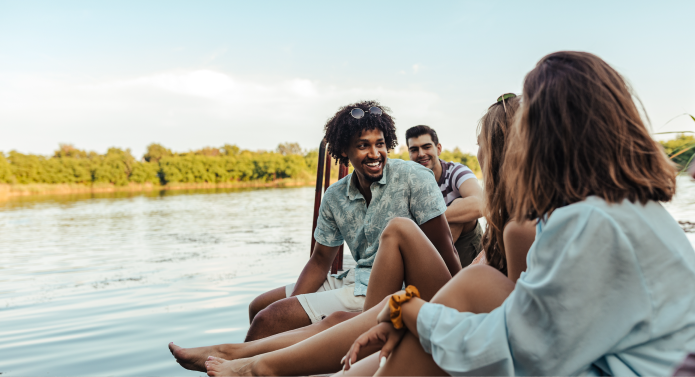 In celebration of 4/20, we’ve gathered a collection of stoner moments from our staff as a love letter to the cannabis community. Our staffers are highly relatable, and their stories do not disappoint. These stories are anonymous and come from across the country, from Massachusetts to Oregon. So, sit back, toke up, and blaze through these stories.

Weddings are magical. Love is in the air, and all the single ladies are gathered around the bride, waiting for the bouquet to be thrown, but only one will emerge victorious, and in this case, a THC fueled single was determined to have her stoner victory no matter the cost.

“Showing up without a plus one to your friend’s wedding isn’t ideal, but lucky for me, I wasn’t alone. I brought some Sour Diesel to keep me company. I was blazed by the time the bouquet was thrown, so lit I didn’t see my friend’s sister in my periphery. The second the bouquet went in the air, I went for it and knocked her over by mistake like an MVP in the final four, looking for nothing but net. She wasn’t impressed by my apology until I offered her the best constellation prize at the wedding. We split the bouquet and got blazed to the worst wedding playlist of all time,” one HP staffer said.

College is all about finding yourself, and for one of our HP staffers, her exploration uncovered truths about the cannabis plant that contradicted her small-town upbringing. After a chance meeting with a stoner at the University of Missouri’s Speaker Circle, she decided to smoke her first joint.

“They were going to smoke a joint and told me they hoped I decided to go to Mizzou. Since I felt open-minded that day, I asked to go with them,” she said.

After journeying up a cliff to experience her first highest of highs, the staffer says her first toke of Granddaddy Purp had her instantly hooked.

“By September, I was smoking daily. I fell in love with the plant, joined NORML, got a subscription to High Times, and the rest is history. I have been a passionate advocate since and still have a subscription,” she said.

Smoke Sesh on The Radio

Good music and good weed go hand in hand; some even say the better the music, the better the high. This sentiment rings true for one HP staffer when he looks back on his time manning the soundboard at his college radio station.

“During long shifts on my campus radio station, I'd sometimes crave a quick sesh. We mostly played classic rock, and I found a special love for Iron Butterfly's "IN A GADDA DA VIDA." Not because of the drummer’s famous misspelling of the intended title of In the Garden of Eden, but because of its ridiculous 17-minute runtime! It made sneaking outside for a down and dirty soda-can-pipe sesh a breeze,” he said.

Speaking of music, John Mellencamp’s “Jack & Diane” sets the scene for our next outdoor stoner moment. Cause let’s be honest, nothing beats consuming cannabis in the great outdoors. One HP staffer reminisced over her first summer camping with cannabis and said nothing beats the Pacific Northwest, Vape Carts, and Floaties.

“The weather was beautiful, music was jamming, and 90 degrees. We were off grid, the campsite was rough, but the flower was primo. Loaded up with sunblock, we looked like a bunch of French mimes running into Oregon’s Diamond Lake with our floaties. When we got in the water, we created a communal barg and drifted down the lake tied up together listening to great music. After a long day in the water, we capped off the night with some Strawnana around the bonfire. Taking in the majesty of Diamond Lake with good friends and good vibes is always a summer highlight for me,” she said.

Hibernating with Lord of The Rings

But when the weather outside isn’t great during those winter months, one Michigander staffer used Mary Jane as a means of travel to escape Michigan’s harsh winters. Her favorite pastime? Smoke copious amounts of weed and pretend she was in a warm tropical oasis.

“One memory I have while hanging out with a group of friends was when we decided it would be an amazing idea to do a Lord of the Rings marathon and get stoned. While we succeeded in getting completely obliterated, we failed at watching the movies. We had to restart the first scene of the first movie seven times before we just shut off the TV entirely and instead proceeded to make our best Gandalf impressions,” she said.

We hope our stories will encourage you to make some hilarious stoner moments of your own and remember that 4/20 is all about celebrating mother nature’s favorite plant. So let the good times roll at a High Profile Cannabis 'dispensary near me'…

Check out our shop to get your moment rolling.