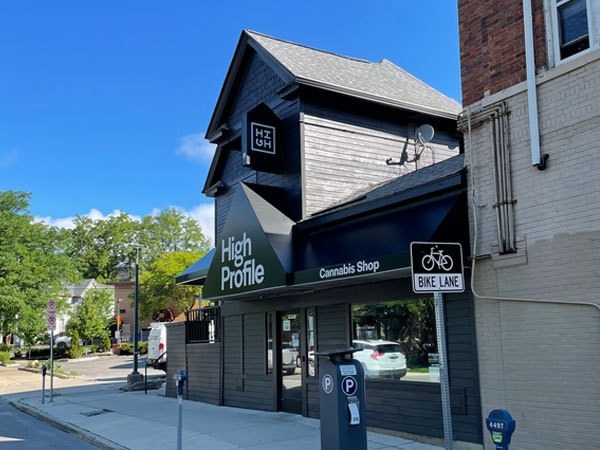 According to the most recent report from the Marijuana Regulatory Agency (MRA), the department in charge of regulating Michigan's adult-use marijuana licenses and businesses, 169,908.49 pounds of marijuana were sold from February 1st to February 28th of 2022 in the state of Michigan. Most of that total is from infused-edible products, totaling 133,639.23 pounds. The second-largest product was flower, accounting for 25,043.15 pounds. Kief had the smallest proportion at 2.14 pounds.

Michigan cannabis industry trends show that in December 2020, adult-use cannabis cost $350 per ounce, and medical cannabis was $265 per ounce. A year later in December 2021, the price dipped to $185 per ounce for adult-use and $175 for medical use. The price reduction is mainly due to more available products because the number of licensed cultivators has almost tripled in recent years.

Michigan's cannabis sales from 2021 generated 131.2 million in taxes for the marijuana excise fund, which supports various local infrastructures. It made $115.4 million for the state's sales tax bucket. Cannabis sales generated a total of almost 1/4 billion dollars in taxes. Prices per ounce of marijuana are dropping, but sales are still high. The more money spent on legally-procured marijuana, the more tax dollars stream into local and state governments. The tax dollars can help pay for schools, roads, and other local government endeavors.

Jobs in the marijuana industry increased by 72% in 2021. Michigan is the third highest state regarding the number of jobs in the marijuana industry. Right now, Michigan has 31,152 full-time jobs in the industry in cities like Constantine and Flint MI, including an additional 13,074 jobs in 2021. Nationwide, there were 107,059 new jobs in 2021. Currently, 11 states allow recreational marijuana for adults, and 27 allow medical marijuana. Michigan does not have a cap on the number of retail licenses. Currently, Michigan has 402 adult-use and medical stores, 47 stores for adult-use only, and 63 medical centers.

Michigan has 31,152 careers in the cannabis industry. The only category of job that ranks higher is the state's restaurant waitstaff industry, which has 55,920 jobs. For comparison, there are 16,220 police officers and 6,570 firefighters. Grant Michigan's marijuana industry is estimated at 3.2 billion in 2021, including legal and illicit sales. Nationwide, people spent 4.4 billion on cannabis in 2021, which is higher than their milk consumption. Although Michigan's marijuana industry is anticipated to decline, Detroit recently got closer to legislation allowing recreational marijuana stores in the city. Approval in Detroit may equate to less of a slide in the industry state-wide.

90% of failed marijuana product tests were due to microbials, 13% percent of that being the presence of dangerous aspergillus. If marijuana fails safety testing, it must be brought to acceptable limits, which raises its cost.

One out of every five Michigan residents used cannabis in 2020, which is a 75% increase since 2010. However, the Michigan Cannabis Manufacturers Association (MCMA) wrote a report that showed the cannabis industry had an estimated total of $3.1 billion in 2020. However, retailers only claimed about $1.0 billion. The #2.1 billion difference is due to cannabis that is consumed by non-retail sources, including home cultivation and illicit sales. Home-grown marijuana and marijuana on the black market near Muskegon Laketon is not subject to safety testing, and it cannot be taxed.

$2.1 billion of untaxed products is significant potential tax earnings for local and state governments. Michigan will likely continue to pursue legislation that would target untaxed product sales. In addition, legal marijuana production is subject to safety testing. Marijuana sold on the black and gray market have less oversight and may allow potentially dangerous products to get into citizens' hands. During safety inspections, marijuana is tested for various contaminants, including other drugs, metals, pesticides, bacteria, and fungi.

The proposed legislation would place more regulations on medical marijuana caregivers. It would reduce the number of plants per caretaker from 72 to just 12. The number of ounces they would be allowed to produce would drop by 33%, from 15 ounces to 5. The legislation is intended to reduce underground production.

Michigan has 500 active recreational cultivation licenses in cities like Ann Arbor and Buchanan. The number of active plants has almost tripled in one year. There are over 717 active plants. From September 2021 to December, there was an 80% increase in inventory. It would be wise to expand in the Detroit market.